Andrew Atroshenko was born in 1965 in the city of Pokrovsk, Russia. At age five he started painting and drawing and was encouraged by his father to pursue his dream of being an artist. Accepted as a gifted child in 1977 into the Children’s Art School, Andrew graduated with honors in 1981. 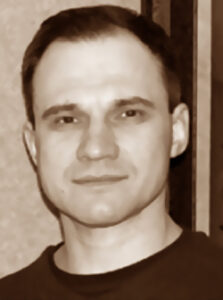 This year in America gave me more as an artist than all eight years of my formal studies in the prestigious Russian academies. I am a descendent of farmers, and I was impressed by the New England landscape, and how a man in America avoids harming its environment.”

When he returned to St. Petersburg, his new style began emerging. “I was asked to have an exhibition at the St. Petersburg Academy of Fine Art. Collectors were intrigued by the expressive quality of the artwork and the strong inspiration of music and dance. This was considered a ‘rebirth’ for my art and I gained new confidence in myself as an artist,” says Andrew. “I love dynamic expression and feminine beauty. If I can create movement in my paintings and capture a moment in time, then I have accomplished what I wanted.”

When asked about his expressive painting techniques, Andrew explains, “Sometimes the brush or palette knife does not ‘feel’ what I feel. I must use my fingers or hands to move the paint on the canvas in order to get the emotion I am looking for. I also use fabric to paint, it gives a texture and richness to the canvas I otherwise would not achieve.”

Since 2000, Andrew has worked with dealers from Western Europe and the US, exhibiting and selling his paintings in US cities like Carmel, Scottsdale, Palm Desert, Las Vegas & Hawaii. Two of Andrew’s pieces were also auctioned off by Sotheby’s in 2002 and 2003. In 1992 Andrew married a fellow student, Maria, who is now an art critic in St Petersburg, and has a daughter named Alexandra. Like most artists, Andrew has many artistic references and influences, but his wife and daughter remain his constant inspiration. 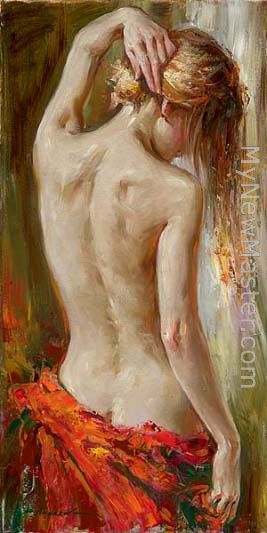 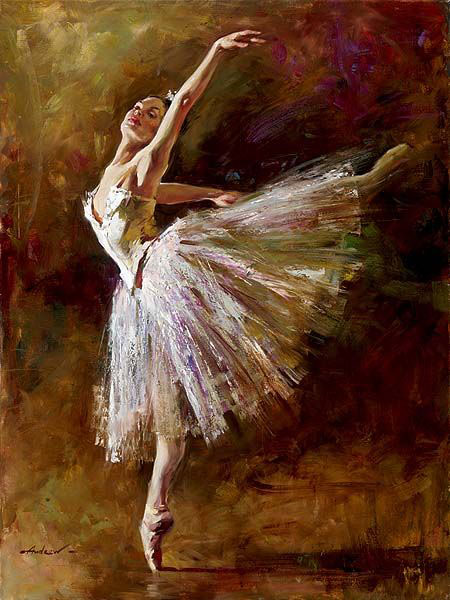 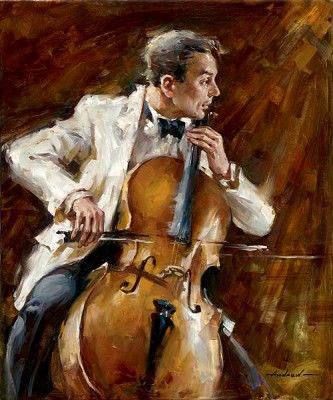 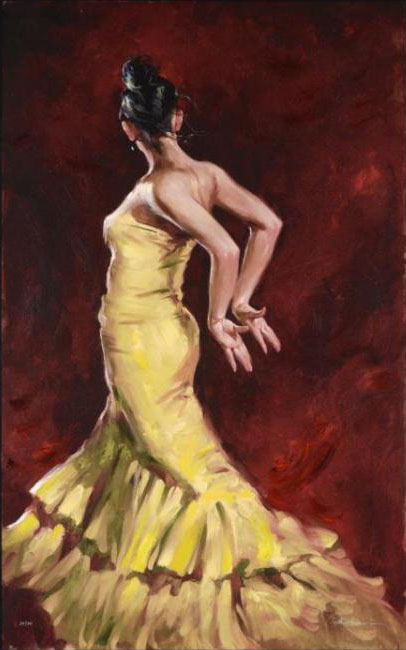 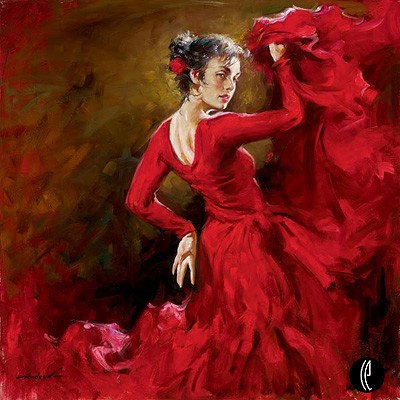 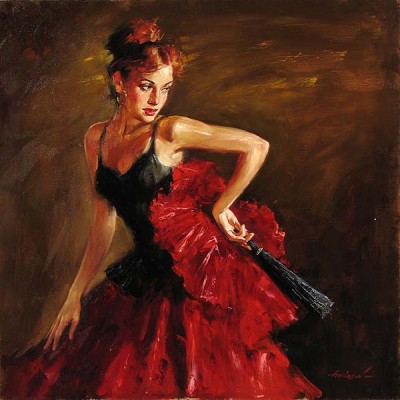 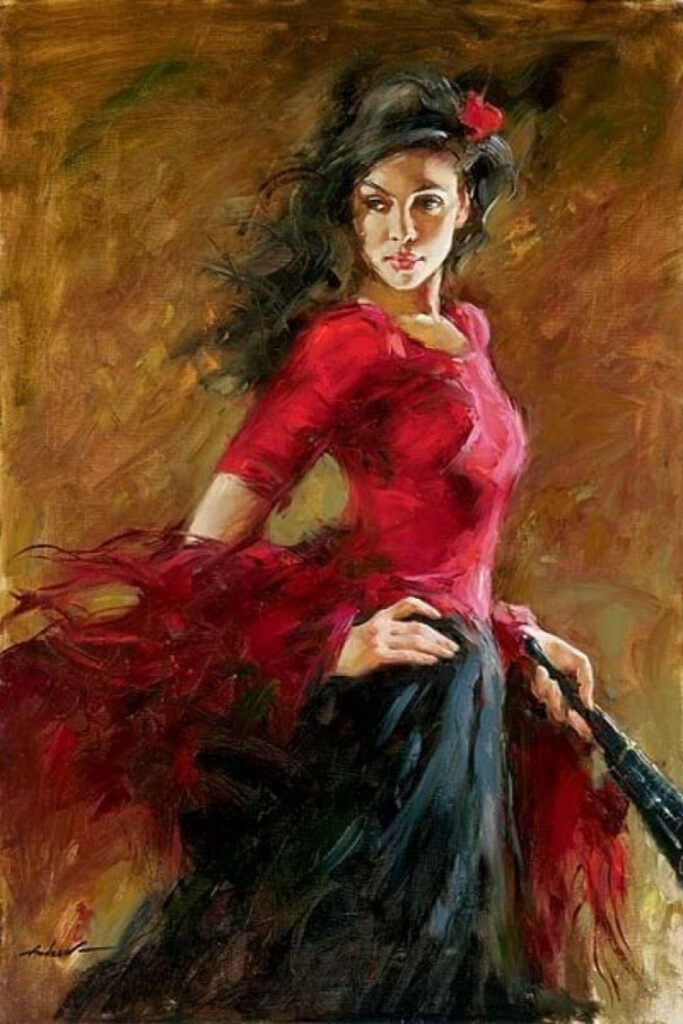 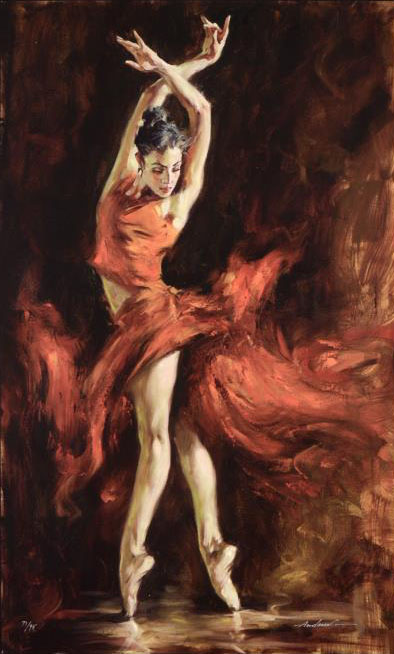 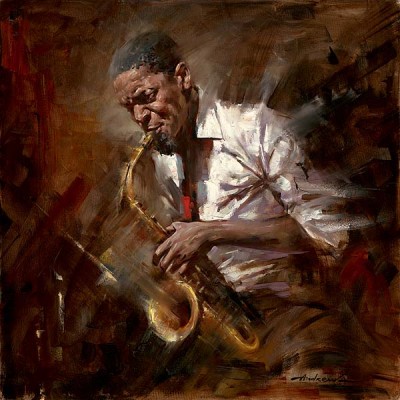 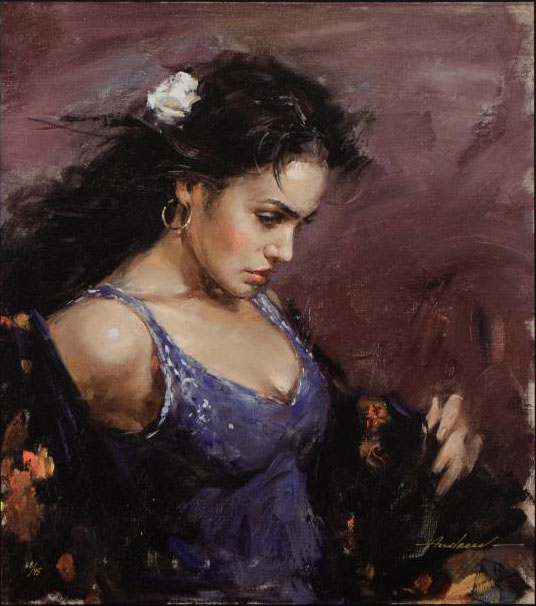 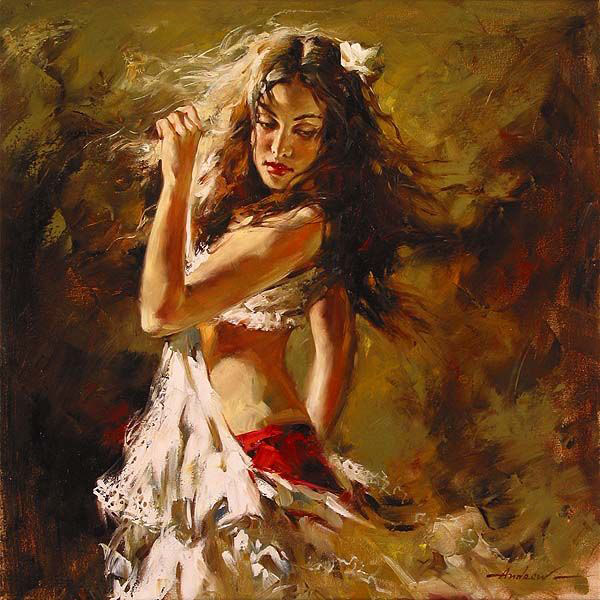 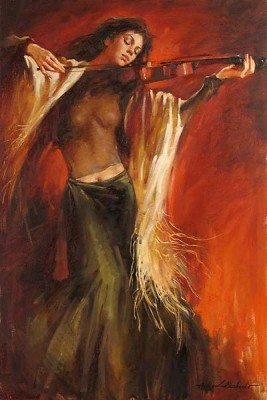 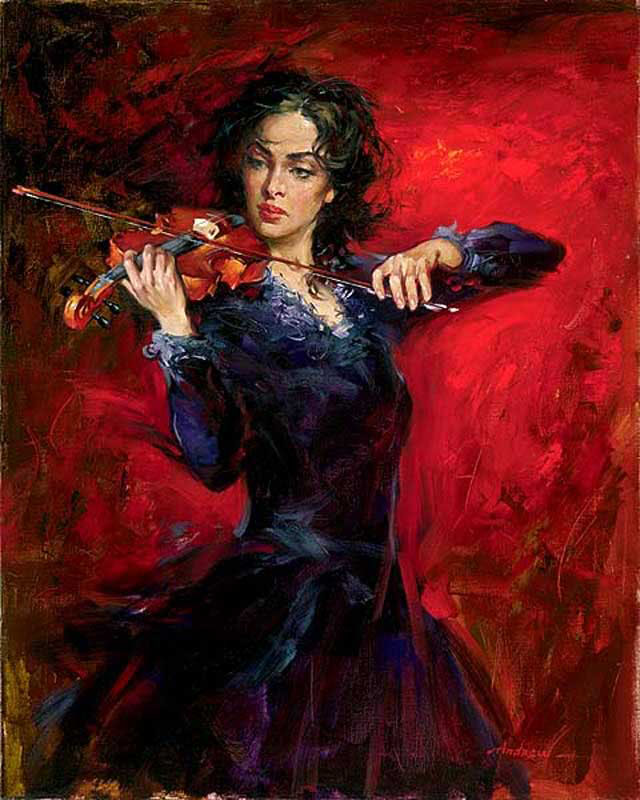 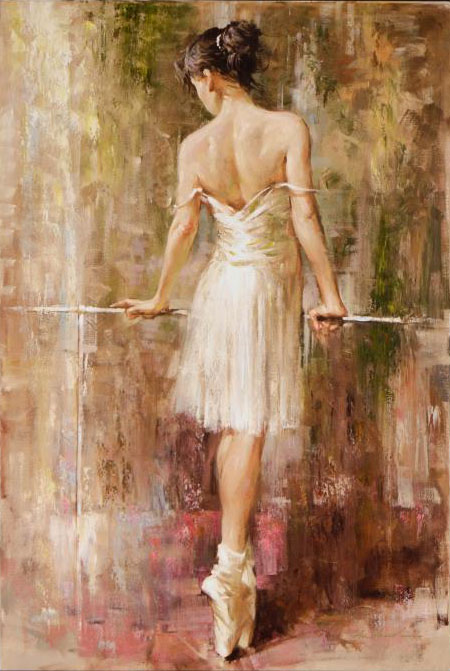 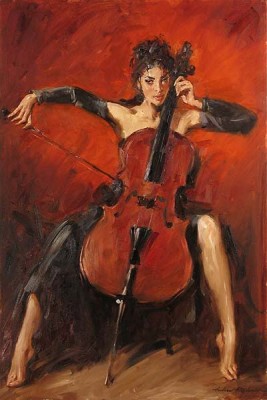 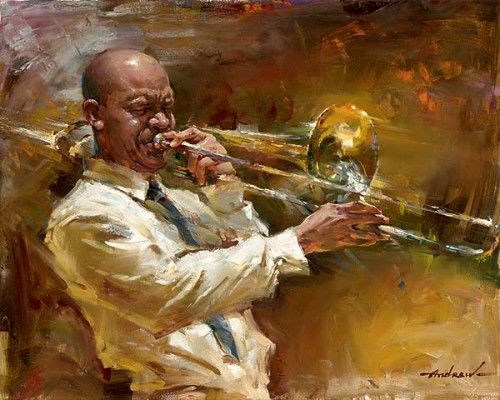 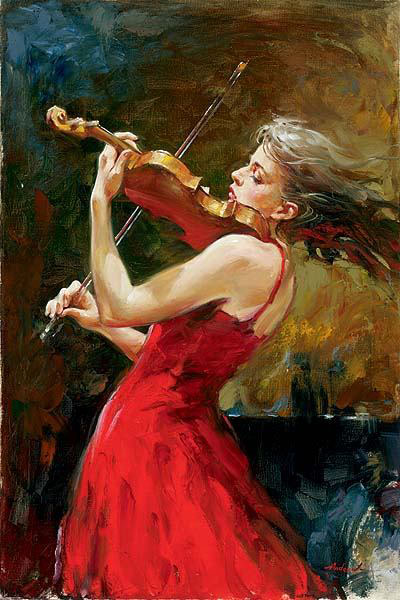 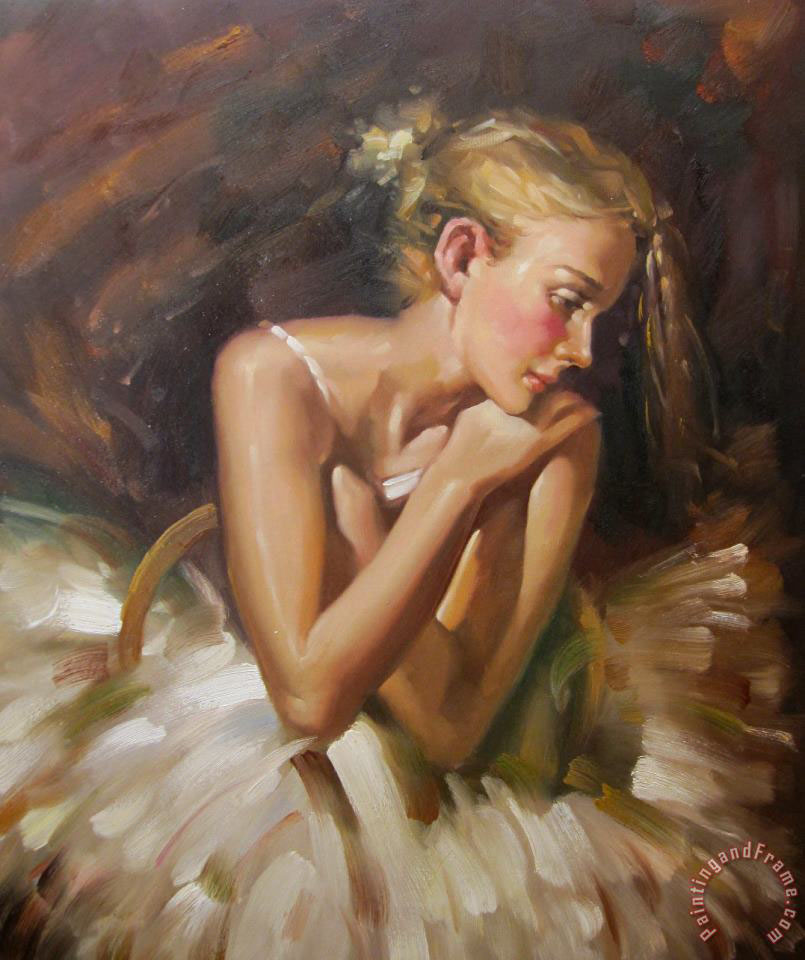